Mentor Europe > News and Insights > 5G > Implementing 5G: How SDN/NFV is driving the future of networking

Mentor’s 5G technology jigsaw is a simple but effective representation of the major inter-relationships between the different components of the technology platform in a telco business. 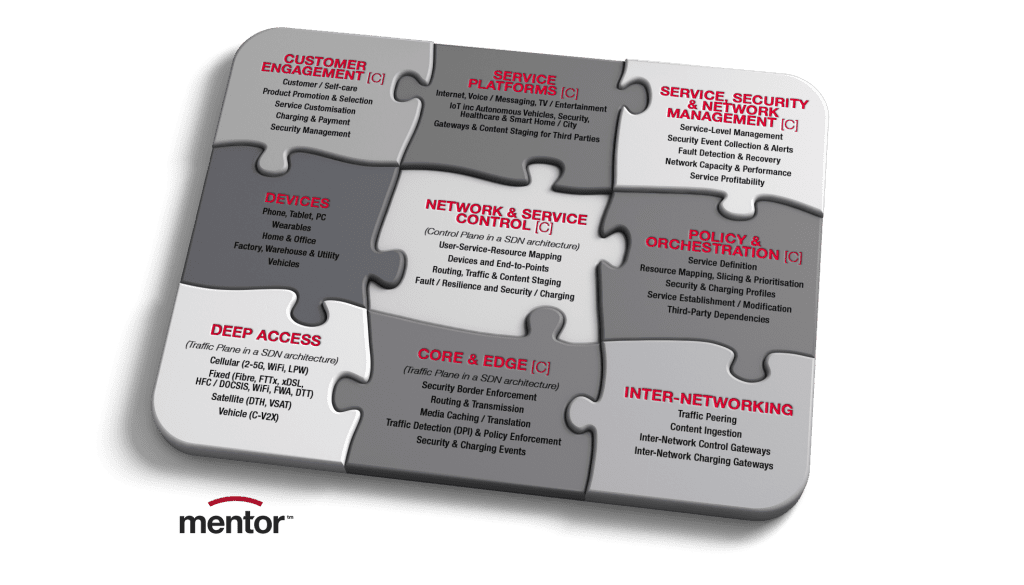 There was a time when we had plenty of core networks.  The phone network, intelligent networks, Kilostream, X25, Frame Relay, ATM, GSM – and so on.

All these networks had a narrow purpose – but did a good job.  They were built from bespoke hardware and software – usually from a single vendor.

The core fabric of all these networks – and the new ones needed for the Internet – grew towards a much simpler architecture. They all included very high-speed IP routers, interconnected with optical fibre.

The benefits of SDN / NFV